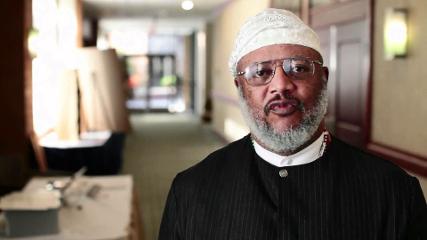 Dr. Wade W. Nobles was initiated into the Ifa spiritual system in 1992 by Babalawo Ifayemi Elebuibon, the Araba of Osogbo, Nigeria. Ifa named him Ifagbemi (Ifa blesses me) Sangodare (Sango protects me). In receiving the high honor of being enstooled as the Nkwasohene (Development Chief) of Akwasiho-Kwahu Region of Ghana West Africa in 1996, Dr. Nobles has been reintegrate into the ancient clan system of the royal chieftancy of the Akan civilization.  His stool name is Nana Kwaku Berko I.  During his enstoolment ritual, the traditional priest of Akwasiho divined and told the village elders that the ancestors informed them that he was the reincarnated spirit of “Wadee”, the co-founder, along with Berko, of Akwasiho. In 2005, as part of the Lesedi Group,  Dr. Nobles studied with Baba Credo Mutwa, the High Sanusi of South Africa. Baba Credo said that Dr. Nobles was a two-headed lion with one head in Africa and one head in America and named him Bejana the Zulu word for Rhinocerous. Through Mitochondrial DNA testing Dr. Nobles learned that he is a Temne. His genetic code (blueprint ) matches that of the Temne people of Sierra Leone. It is said that the Temne were spirit workers. For over four decades Dr. Nobles has studied classical African philosophy (Kemet, Twa & Nubian) and traditional African wisdom traditions (Akan, Yoruba, Bantu, Wolof, Dogon, Fon, Lebou, etc) as the grounding for the development of an authentic Black psychology. Dr. Nobles is a founding member of the Association of Black Psychologists and former national President (1994-95).  He is Professor Emeritus of Africana Studies and Black Psychology at San Francisco State University and the author of over one hundred (100) articles, chapters, research reports and books; the co-author of the seminal article in Black Psychology, Voodoo or IQ: An Introduction to African Psychology and the author of Seeking the Sakhu: Foundational Writings in African Psychology, an anthology of over thirty years of African centered research and scholarship. His most recent publication, The Island of Memes: Haiti’s Unfinished Revolution (2015) is a radical blending of Black Psychology and African centered historiography. Dr. Nobles is the Co-founder and past Executive Director of the Institute for the Advanced Study of Black Family Life and Culture, Inc., a free standing independent community-based, nonprofit Black “think-tank” and scientific, educational training and research corporation, based in Oakland, California.     http://iasbflc.org 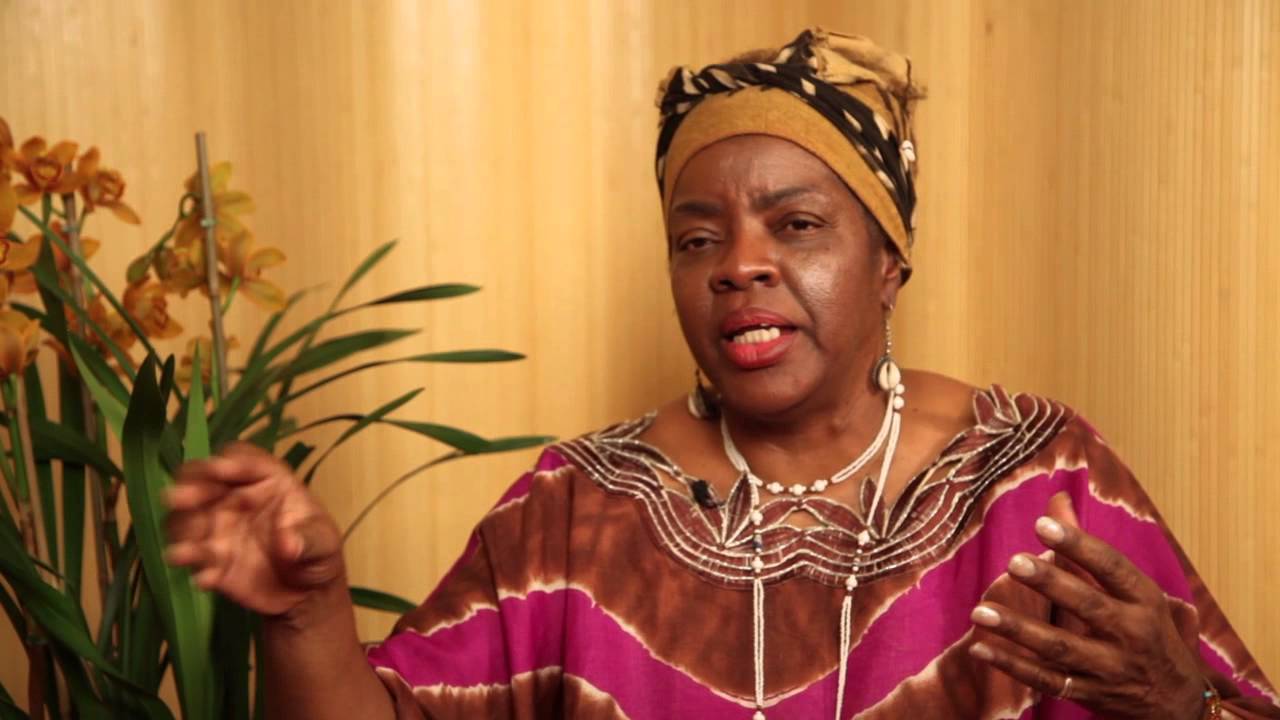 Luisah Teish is a writer, ritual theater director/producer and mixed-media artist. She is the author of several books on African and African American Spiritual Culture.They include: “Jambalaya: The Natural Woman’s Book of Personal Charms and Practical Rituals” (1985) a women’s spirituality classic (available in German and Spanish). “ Carnival of the Spirit: Seasonal Celebrations and Rites of Passage “(1995) Jump Up: Good Times Throughout the Seasons with Celebrations from Around the World”(2001). Teish is an initiated elder (Iyanifa) in the Ifa/Orisha tradition of the West African Diaspora, and she holds a chieftaincy title (Yeye’woro) from the Fatunmise Compound in Ile Ife, Nigeria. Presently she is the Chair of the World Orisha Congress Committee on Women’s Issues. She is a devotee of Damballah Hwedo, the Haitian Rainbow Serpent, under the guidance of Moma Lola. She was awarded Ph.D. in Spiritual Therapeutics from Open International University’s School of Complementary Medicine in Colombo Sri Lanka in 1993. She holds an Inter-Faith minister’s license from the International Institute of Integral Human Sciences. In 1969, she received initiation into to the Fahamme Temple of Amun-Ra in St. Louis, Missouri. She later went on to study indigenous Native North and South American traditions (including the Caribbean). She has conducted workshops on Black and Native American culture at Medicine Wheels (under the directions of Sun Bear’s tribal elders). In addition, La Casa de la Poesia in Caracas Venezuela uses her book, Jump Up, as a text on the mythology of the Goddess Maria Lionza. Teish is the head of the Elder’s Council of Ile Orunmila Oshun, a multi-racial, multi-cultural network of artists, consultants, and spiritual advisors experienced in event design and production. The Council conducts the annual “Festival of the Bones”, a celebration of the World’s Ancestors, and designs weddings, naming ceremonies, memorials, and a host of seasonal celebrations. 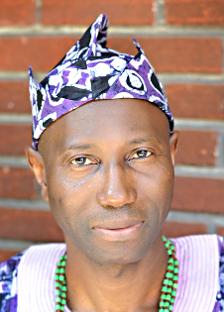 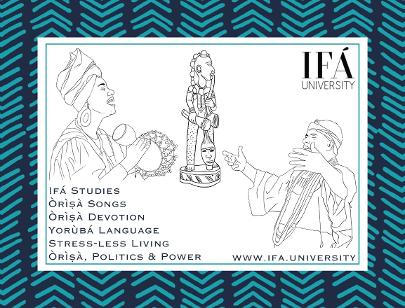 Kọ́lá Abímbọ́lá is a Babaláwo (Ifá Priest) and an Associate Professor of Philosophy at Howard University, Washington, DC, United States. His teaching and research focuses on the intersections of Òrìṣà culture with law and philosophy. He has taught at Seattle University, Haverford College, Temple University, and at the University of Leicester School of Law. He is author of: Ifá Encyclopedia (2016); and, Yorùbá Culture: A Philosophical Account (2006). Kọ́lá is the Editor of Journal of Forensic Research and Criminology. He was President of the International Society for African Philosophy and Studies (2006—2010), and a British Council Commonwealth Academic Scholar (1989—1992).  PhD (Law of Evidence and Criminal justice), PhD (Philosophy of Science) www.abimbola.net 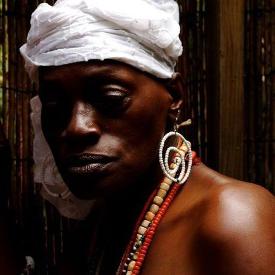 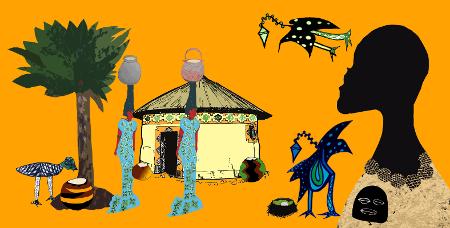 Conjure Collage Art and Design is Nedra T. Williams' Oakland based company whose connection to water is spiritual, natural and divine. As an artist and designer, she uses her relationship with water as catalysis to the world of symbolic reflection. The dream life, like water, becomes a stage for creation without limits. At home in the serenity and solitude of Nedra's studio, memories of the face of a woman at the ocean, a young man working at his craft, great monuments, and images of nature join together, divinely guided, in her mind and through her hand to create art. Influenced by the history of her culture, Nedra T. Williams chooses to embrace the aesthetic and spirituality of the African Diaspora. That choice is neither limiting nor exclusive. Her passion for art, exhibits a reclamation and illumination of the ancient symbols, which portray the rituals, and stories of our collective remembrance. 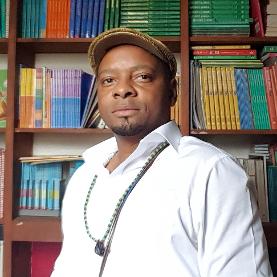 Baba Obafemi has been a student of Orisa Lifestyle since 1992. He was initiated into the mysteries of Ifa by Araba Fayemi Elebuibon in the sacred grove at Oke Ayo, Osogbo.  In addition, Baba Obafemi is a professionally-trained counselor, with a Master of Arts in Education with a concentration in Counseling from San Diego State University. He is particularly interested in Jungian psychology. And with a Bachelor of Arts in Spanish Language & Literature from the University of California at Berkeley, he also enjoys total Spanish fluency. This particular combination of ancient wisdom and modern approach allows Baba Obafemi to offer a unique and refreshing blend of Western and Indigenous healing practices. For over 15 years Baba Obafemi has been serving the global community as a teacher, counselor, trainer, priest and thought leader. He is the president of the Orisa Lifestyle Academy, which is a clearinghouse of premium educational and spiritual products and services. To date, Baba Obafemi helped over 50 thousand people develop personal rituals that energize their highest aspirations and inspire others to do the same. His mantra and mission is LIVE THE MEDICINE! www.ObafemiO.com 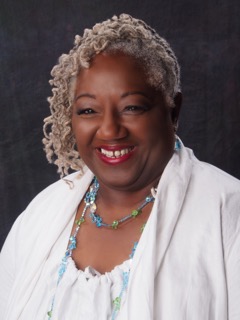 IYABEJI CATHY L. ROYAL, PH.D. is known in her cultural community as Iyabeji, a praise name for the mother of twins.  She is a Yoruba priest and has been initiated into the blessings and secrets of the African deity Yemanja for 30+ years.  She is a diviner and practitioner of the 16 cowries.  Iyabeji has been recognized as a spiritual expert on the cultural importance of the deity Yemanja.  She has been asked to speak on the Orisha and the connection of spirituality to African American identity and cultural heritage.  She is often asked to speak on the role of the feminine in the Yoruba pantheon. Her passion is her path as a Yoruba priest-teaching about the power and beauty of African spirituality and its importance to people of the African Diaspora.  In her practice and educational courses she often includes the Apatikis and stories of the Orisha to illustrate the lessons and principles of human development and ethics.  She has studied and worked with Orisha elders in Africa, Brazil, Columbia, Cuba, and the United States. She was creator and international chairwoman for the first United States-Brazil Diaspora Women’s conference: “Sharing Our Common Roots”. Dr. Royal facilitated the Africa- America Institute Pan African gender summit with representatives from 17 African nations exploring gender, empowerment and Appreciative Inquiry in Malawi, East Africa.                              Dr. Cathy L. Royal is a System and Organizational Development professional with specialties in identity development, social justice, leadership development, Appreciative Inquiry (AI) and organizational transformation. She is the owner and senior consultant of Royal Consulting Group, an organization and community development practice in Maryland. Dr. Royal conducts training in the US, Africa, Europe, and South America. Dr. Royal presented her work on Appreciative Inquiry and transformation at the 2015 AI World Summit in Johannesburg, South Africa and on spirituality and affirmative identity for the 2009 AI World Summit in Katmandu, Nepal. She is an adjunct faculty member at Colorado Technical University teaching in the Doctorate of Management (DM) program. She also is an Organization Development (OD) thesis advisor at New York University (NYU). In 2011 Dr. Royal received a Human Values Award from the Art of Living Foundation She was also honored by Fielding Institute for her work as a co founder of Our Sister’s Place (originally Women of Color and White Women: working it out), a space for dialogue on the work and words of women. Dr. Royal was the guest editor for a special issue of OD Practitioner, In Our Voices; the experience and challenges of People of Color in Organization Development, April 2010. She is a contributing author for four books Visible Now: Blacks in Private Education (Greenwood Press), The Appreciative Inquiry Fieldbook (Thinbook Publishing), The NTL Trainer’s Handbook (Josey-Bass) and The Handbook on Organization Development (Pfeiffer, 2006). www.cathyroyal.cayenne.io

Learn More About The Artists